KDE Partition Manager was able to detect encrypted LUKS partitions for some time. I’m glad to report that now support for LUKS volumes is much more complete. Unless I’m mistaken, KDE Partition Manager is the first GUI tool that supports creating and resizing LUKS partitions (provided that file system inside LUKS container supports resizing). This is still work in progress and we still need to implement some checks (e.g. it should not be possible to set labels when LUKS volume is closed). Here is a short video demonstrating current state:

There is still an open issue that Partition Manager reports itself as 2.0.0 instead of 2.0.1. I tried to bump the version but there seem to be some kind of bug that prevents KDE Partition Manager and Calamares to compile or work. We will continue to investigate this issue but 2.0.1 should work well despite incorrectly reporting it’s own version

Edit: KDE Partition Manager 2.0.3 is now released to fix a crash in settings dialog (it can be used with KPMcore 2.0.x but please use the latest KPMcore 2.0.1).

I’m happy to announce KDE Partition Manager 2.0.0 and the first stable release of KPMcore. This release mostly focused on splitting user interface and partitioning library which will be used in the next release of Calamares. It also brings some bugfixes but unfortunately I wasn’t able to go through all reported bugs in bugzilla yet (but they don’t seem to be regressions).

My website now uses free certificates from Let’s Encrypt. Let’s make HTTPS enabled for every website on the web. Please report if you have any problems on my website.

In the meantime you can download and test alpha versions of KPMcore and KDE Partition Manager.

KPMcore library is also licensed under GNU GPLv3+ (it links to parted which is GPLv3+). 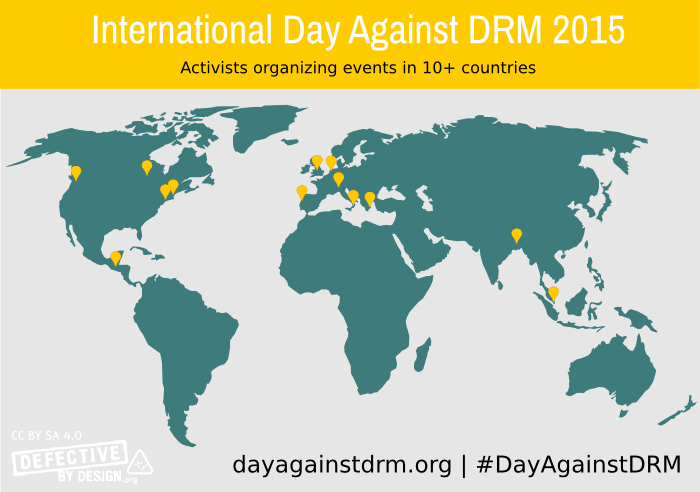 We compute the mutual information between finite intervals in two non-compact 2d CFTs in the thermofield double formulation after one of them has been locally perturbed by a primary operator at some time tω in the large c limit. We determine the time scale, called the scrambling time, at which the mutual information vanishes and the original entanglement between the thermofield double gets destroyed by the perturbation. We provide a holographic description in terms of a free falling particle in the eternal BTZ black hole that exactly matches our CFT calculations. Our results hold for any time tω. In particular, when the latter is large, they reproduce the bulk shock-wave propagation along the BTZ horizon description.

I have bought Orvibo S20 (picture) smart socket. You can find them on Amazon, eBay and probably many other online shops. The socket comes with an app for Android and iOS that is used to control the socket. Unfortunately, the app is proprietary and also not available for normal computers. I wanted to have some free software solution. Also, the original app didn’t work too reliably, and of course you can’t fix it without having a code. Again, this shows why it is important to have free software…

After searching a bit I found some code on GitHub written for Ninja Blocks. It also came with some reverse engineering data (I will refer to this as the original reverse engineering later and will assume that you briefly looked at it). That file might look slightly scary initially if you are not used to that kind of stuff but actually everything is quite simple. It seems that the socket can be controlled by simply sending UDP packets over the network and listening for replies. You can even try to play a bit with netcat but of course it is not too convenient. So I decided to write my own program using Qt 5. It provides a lot of convenient functions in its QtNetwork module and also it would make it easy to write GUI if I ever decide to do so in the future. Also, I’m familiar with Qt because it is used by KDE Applications. Another reason for choosing Qt was it’s support for sockets and slots and I expected them to be useful.

As you can see in the reverse engineering file, there are commands to discover the socket, subscribe to it (which is required before doing anything else), power it on/off and read some tables (Socket Data contains information about the socket and Timing Data stores when to turn the socket on or off). They all follow similar pattern. You have to send

where Magic Key is 68 64 (hexadecimals) and is used to distinguish these UDP packets from any other packets that are send over UDP port 10000. Every time you send a message the socket replies with another message confirming the action of the first message. Or the socket doesn’t reply. We are using UDP protocol for networking. So there is no guarantee that message is received and later I had to write some code to make sure packets are received. Hence, I implemented message queue and resend every command until I get a proper reply before sending another command. This finally made my program more reliable.

I quickly managed to get some basic stuff working (for example powering it on and off) and soon I implemented most of the commands from the file with reversed engineered commands (reading Timing Table is still not completed but shouldn’t be too hard). Since I wanted to do more than that, I started Wireshark and analyzed a few more packets. I quickly learned how to write Socket Data Table too. Apparently, you send command very similar to what you receive when you request Socket Data but with different Command ID (74 6d instead of 72 74 in hexadecimals).

So to write Socket Data I send the following packet

AA 00 BB is actually table number and version flag. E.g. 04 00 01. 4 stands for table number (Socket Data is Table number 4) I don’t completely understand what is version flag, so if you know please tell me in the comments.

Then socket replies with:

record again contains the same data as what socket sends when you request timing data.

Initial pairing of the socket

The authors of the original Ninja Blocks orvibo-allone driver assume that socket was already paired using the proprietary Android/iOS application. Their original reverse engineering also contains no information how to do that. I expected that this might be a bit tricky to do because unpaired socket is not connected to the router and you have to somehow transmit your wifi configuration into the socket. I think there are at least two ways to pair that proprietary Android/iOS app implements. If you press the socket button for a few second it switches to a rapidly blinking red led mode. Then long press it again and it switches to rapidly blinking blue led and the socket creates an unencrypted wifi network (it was called WiWo-S20).

Then I created the wifi network with the same name on my laptop and tricked the proprietary app into believing that it is the socket’s wifi network. I was able to intercept the following message on UDP port 48899 (everything is in ASCII in the section, not in hex):

So apparently, Orvibo S20 has HF-LPB100 Wifi chip inside. This chip can be controlled by the AT+ commands (you can find them online but I will write a brief summary here) and I was able to do initial socket configuration!

I did some investigation and it seems that we need to send a slightly modified Table Data and Socket Data packets immediately after pairing to set them to default values. More information will be published later.

Another way to pair the socket from the rapidly blinking red mode. It is slighly less reliable than this method but on the other hand does not require you to disconnect from your wireless. Actually, it doesn’t require your computer to have any wireless at all.

Unfortunately, it seems that either way WPA encryption key is transferred in an insecure way, i.e. the socket is not able to use any public key cryptography. Slightly safer way to do it manually is to first change your WPA key to something temporary and pair the socket. Then use AT+ commands to change WPA password to the real one and change your router’s WPA password back.

Also, note that this socket doesn’t support WPA Enterprise. So if you would like to use it at home then create two Wifi networks: WPA-PSK for the socket and WPA-EAP for everything else (OpenWrt can do this easily).

I released all code under the GNU General Public License version 3, so the code is freely available to everybody. Git repository is available at:

https://git.stikonas.eu/andrius/s20 (feel free to create an account here and fork the code)

I compiled windows binaries. There is also a very limited GUI that does not yet have all the features of console app but if you prefer GUI then it might be useful.

If you find this work useful then tips are very welcome. You can send Bitcoin tips to bc1qe2dfqjwgse5v6cl6rhtk352ru90t0hnve45f2c.

I was able to buy the second socket which already resulted in improved multiple socket support. Thanks for the donations!

Bugs are tracked in the Gitlab issue tracker.